Have you ever opened something which says it includes wine or spirit, only to find it smells of the drink but there's no taste of it at all? Isn't it disappointing?!

We picked up a piece of Belton Port Wine Derby and wondered if the same would happen: it didn't! 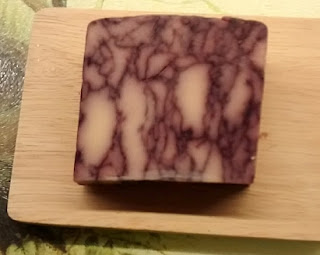 Unwrapping the beautifully veined cheese from its case, the aroma of port wine was strong enough to make my mouth water. Slicing off a piece I tentatively popped it in my mouth and immediately enjoyed the wonderful sweetness of port and the wine flavour along with the traditional Derby cheese texture. Wow! It was good!  The wine gave the cheese a fruitiness, described by its maker as "real blackcurrant undertones."

Belton Farm, in Shropshire,  has been a cheese-making farm for more than a century, surely one of the great British cheesemakers! 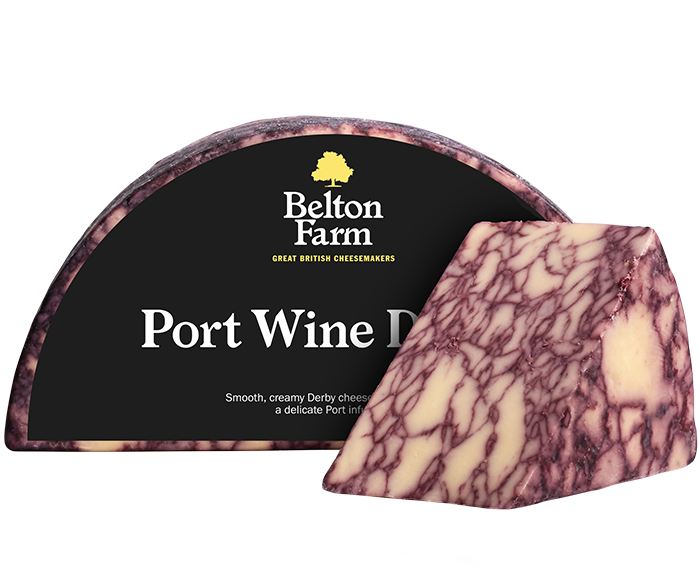 PS It's also suitable for vegetarians!